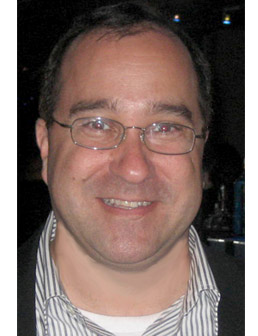 Gerald J. Calogero was born and raised in New Orleans. He received his undergraduate degree from Loyola University, New Orleans, in 1988, with a major in political science. After working in the medical industry for several years, Mr. Calogero attended Loyola University School of Law, earning his Juris Doctorate degree in 1999. After graduation, Mr. Calogero worked as a law clerk in Civil District Court for the Parish of Orleans, State of Louisiana, which maintains the largest volume of civil cases in the State of Louisiana.

Mr. Calogero has been successful in the practice of law because of his strong work ethic, his personal approach when representing his clients, his responsiveness to his clients, his knowledge of the law in multiple practice areas, and his dedication to professionalism and ethics in the legal profession. Mr. Calogero is a member of the Louisiana State Bar Association, the Louisiana Association For Justice, and the Academy of New Orleans Trial Lawyers.

Calogero Law Firm is a civil litigation law firm specializing in cases involving serious personal injury.
To discuss your case with one of our lawyers, contact us online or call us at (504) 581-1416
Free Case Evaluation

Get Your Free Case Review Now!